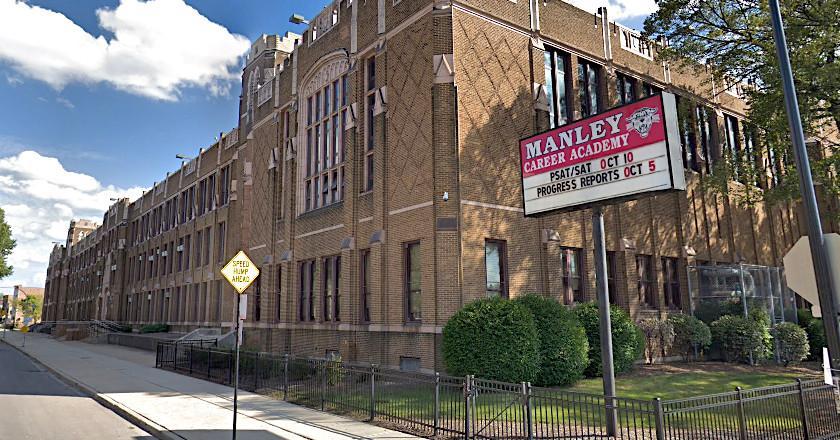 The school opened as Hugh Manley Junior High School in 1928 by the Chicago Public Schools and Chicago Board of Education. Manley was dedicated on September 28, 1928 along with another school; Spaulding School For The Crippled Children. The school cost $2.5 million and built to house a total of 3,000 students.[4] Manley became a senior high school in 1933 when junior high schools were abolished in Chicago on July 12 of that year. Manley housed an elementary school within its building from 1933 until 1943. The U.S. Navy occupied the school building from January 1944 through the end of World War II to develop programs designed for and to aid in the war effort, which resulted in students being transferred to neighboring schools.

In September 1946, the school served as a trade school opening as Manley Trade and Vocational School,[5] later becoming known as Cregier Vocational High School. By 1957, the trade school was relocated, and Manley was once again converted into an elementary and middle school. The elementary school was phased out and an extension of Marshall High School was created on the campus, serving at the location for two years: 1969–71. In June 1973, the Chicago Board of Education designated Manley as a "senior high school" and approved phasing out the seventh and eighth grade program. Manley's first senior high school graduating class occurred in June 1976.